Maybe not just for professors.

Over at the Chronicle of Higher Education, Donald Downs, Robert George and I provide some advice for professors who find themselves at the center of a storm over something that they said. Most professors have no idea how to react when controversy erupts and activists are demanding that something be done. Too often they wind up digging a hole that only makes things worse. Organizations like the Academic Freedom Alliance and the Foundation for Individual Rights in Education can often help, but there are things professors should do even before help can arrive.

Here’s a taste from the piece:

Don’t lose faith in yourself or abandon your convictions. You have every right to think for yourself and speak your mind. Don’t rush to apologize if you have done nothing wrong and so have nothing truly to apologize for. Those who have appointed themselves as the thought and language police know that they can make you feel psychological/emotional pressure to do so, but apologizing will not help, and will almost certainly make things worse. So don’t yield to the temptation in the futile hope that a quick apology will quiet the storm.

In a similar vein, think clearly about the situation and what you said. Apply reason, not impulse and emotion, to the very best of your ability. A clearheaded attitude is essential for proper assessment of the situation and will impress — and give confidence to — potential allies and supporters.

So take a few deep breaths, and don’t react precipitously. Realize that you are not alone, that good advice and help are at hand. Be patient, and realize that you will attain justice if you take appropriate steps.

Don’t respond to public attacks until you’ve sought and received good advice. If you confess to an offense you didn’t commit, or if you concede to a claim or accusation that is factually inaccurate or not truly an offense (but simply an exercise of your right to say what you believe), the admission can and will be used against you. Recovering from such an error is extremely difficult, at best.

Not quite as aggressive as the “never apologize” advice, since the implication is that an apology may be appropriate if you actually committed an offense. But since the first impulse is to say what it takes to quiet the mob, you need to implement at least a 72-hour rule. And you may have to recognize that many mobs just won’t be quieted, and an apology merely encourages them.

HBO’s Bill Maher has become the voice of reason amongst those on the left. He frequently says what most Americans are thinking: that the Democratic Party and progressives have taken things too far.

The moderate Democrat warned Americans of one overarching reality: everyone is online and everyone faces the threat of being canceled for something they said in the past.

“If you think it’s just for celebrities, no. In an era where everyone is online, everyone is a public figure,” Maher explained.

He used the example of a Hispanic electric worker in San Diego. The man was fired because someone reported him for holding up a “white supremacy” symbol outside of his truck. According to Maher, he was doing something as simple as “flicking a booger.”

“Is this really who we want to become, a society of phony, clenched a**hole avatars, walking on eggshells, always looking over your shoulder without getting ratted out for something that has nothing to do with your character or morals?” Maher asked rhetorically. “Think of everything you’ve ever texted, emailed, searched for, tweeted, blogged, or said in passing.”

Source: Bill Maher has Quite the Message for Social Justice Warriors

Every serious moral philosophy, every decent legal system and every ethical organization cares deeply about intention.

It is the difference between murder and manslaughter. It is an aggravating or extenuating factor in judicial settings. It is a cardinal consideration in pardons (or at least it was until Donald Trump got in on the act). It’s an elementary aspect of parenting, friendship, courtship and marriage.

“Racist language” is not just about a single infamous word. It’s a broad, changing, contestable category. There are many people — I include myself among them — who think that hardcore anti-Zionism is a form of anti-Semitism. That’s also official policy at the State Department and the British Labour Party. If anti-Semitism is a form of racism, and racist language is intolerable at The Times, might we someday forbid not only advocacy of anti-Zionist ideas, but even refuse to allow them to be discussed?

The idea is absurd. But that’s the terrain we now risk entering.

We are living in a period of competing moral certitudes, of people who are awfully sure they’re right and fully prepared to be awful about it. Hence the culture of cancellations, firings, public humiliations and increasingly unforgiving judgments. The role of good journalism should be to lead us out of this dark defile. Last week, we went deeper into it.

Source: Read the Column the New York Times Didn’t Want You To Read

Don’t back down. Don’t apologize. Don’t make clarifications, and don’t try to appease the mob. All of these will only be taken as concessions, and embolden the mob to demand more. The real Achilles’s Heel of the cancel crowd is its short attention span. Once they bully someone into submission, they move on to the next victim. It’s a system designed for quick wins. If you don’t back down, they’ll raise the pitch as far as they can—but eventually they’ll be at a loss for what to do next, and all but the most fanatical will lose interest. The few that remain, now bereft of their backup, are just what you need to teach all of them a lesson, as we did in my case.

– Pedro Domingos from the excellent article “Beating Back Cancel Culture: A Case Study from the Field of Artificial Intelligence”

Source: Samizdata quote of the day 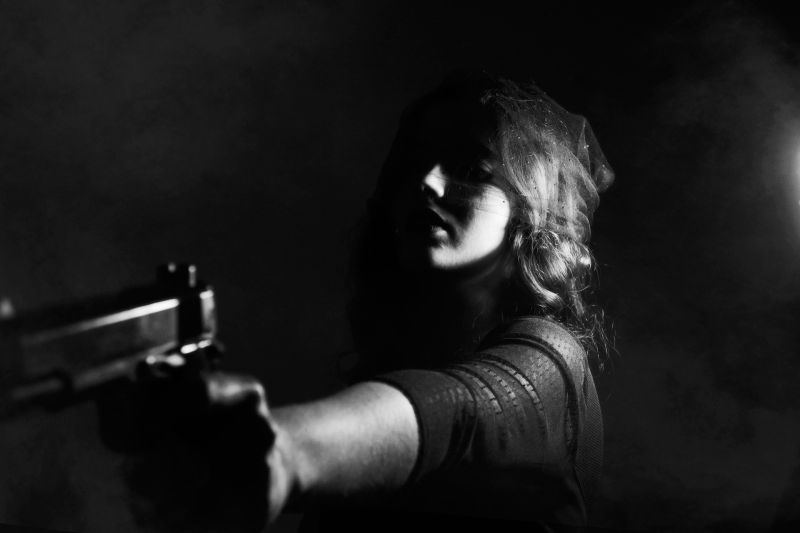 I come not to defend Roseanne Barr nor to bury her. I really don’t give a hang about what some actress says or thinks, and my only question is why is this world news, including being on BBC. Why in hell is what some random American actress, not particularly well known overseas, said or […]

via Not One More Word — According To Hoyt