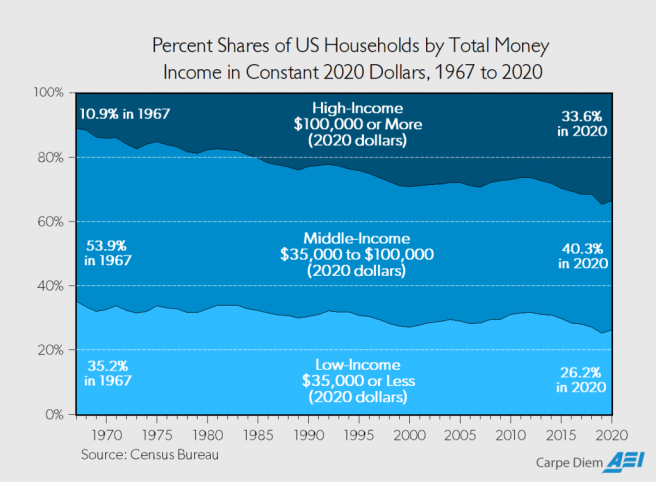 As I’ve explained many times before in reference to these data, the “middle-class is disappearing” as we hear all the time, but it’s because middle-income households in the US are gradually moving up to higher-income groups, and not down into lower-income groups as the mainstream media and leftists (but I repeat myself) would have you believe….

Source: Animated chart of the day: America’s middle-class is disappearing…. but it’s because they’re moving up, NOT down!