Paul Joseph Watson reports at Infowars on a recent YouGov survey that asked: “Which potential forms of sexual harassment do European women most commonly experience?” 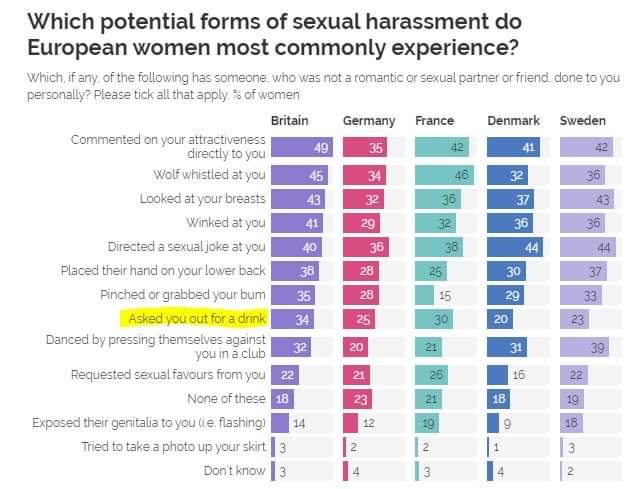 One of these forms of “sexual harassment” is “Asked you out for a drink.” This is placed on a par with men flashing their genitals and physically assaulting women.

One wonders how men and women are ever going to meet each other if asking a woman out on a date is deemed to be a form of misogynistic harassment.

However, such views aren’t just shared by women.

Men have had all their confidence and natural masculine inclinations so browbeaten out of them by modernity that a survey by the Economist in 2017 found that a full 25% of millennial men in the United States think “asking to go for a drink” is a form of sexual harassment.

The numbers now are probably even higher.

Source: The “Everything’s Victimization” Wussification Of Everyone