One of the notable features of 21st century life is that America’s blue states are failing and losing population, while red states are thriving and growing. This is blindingly obvious to anyone who travels around the country, or to those who have seen half of their friends move to Nashville. But today Stephen Moore’s Committee to Unleash Prosperity sent an email that shows the trend graphically:

[I]f progressive tax, spend, borrow, and regulate economic policies are so superior then why are all the big blue states collapsing economically/financially? The chart below shows the highest and lowest unemployment rate states at the end of 2020. 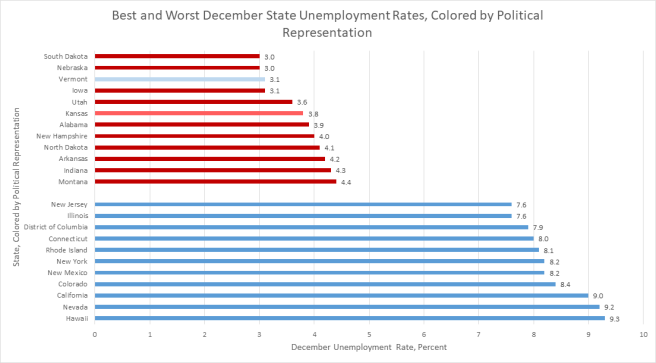 It takes a special kind of partisanship not to recognize that liberalism has demonstrably failed.