John Lott has a report on mass shootings. A minority have any definite religious or political message. (Hat tip, hotair.com)

Based on this chart: 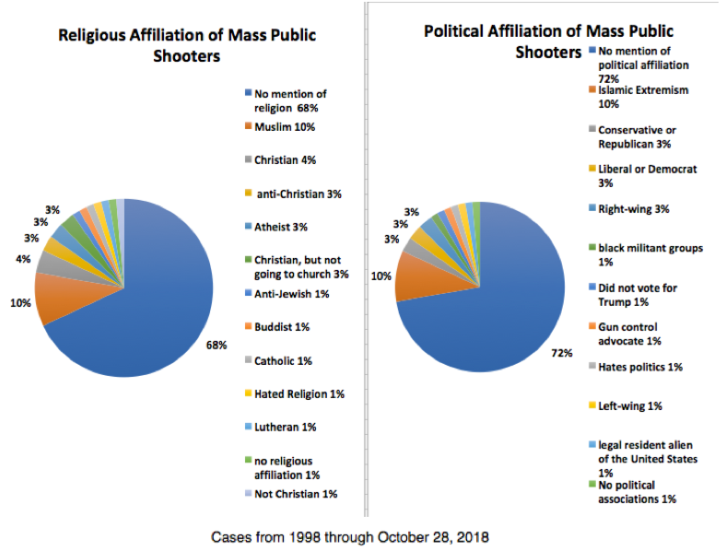 Religion: 68% have no mention of religion.

Of those with religion mentioned, 10% are Muslim.

The sum of all Christian denominations is 9%.

Politics: 72% have no mention of politics.

Somehow, we’re probably to infer from this that Muslims are being unfairly targeted or something.